I end up listening to an awful lot of new music. I mean a LOT, and by new I don’t mean “just released”, I mean I’m always seeking out music that I haven’t heard before. This ends up panning out something like: about 80% makes we want to smash my head against a wall and stab out my own eardrums; about 16% I think is not so terribly bad but doesn’t really move me in any kind of positive sense; about 3.9% makes me very happy up to and including releasing massive amounts of endorphins, instantly frying my synapses, and/or melting my face off; and about 0.1% (1 in 1000? eh, it’s a guess) has me scrambling to figure out how to buy it within seconds of me hearing it.

2011 turned into a banner year for scrabbling up tons of new music ie actually adding it to my collection, which is partly due to me finding out about stuff I’d missed from 2010 (and maybe a little 2009) as well. Such that, for the first time since about ’93 I’d felt like making a year end top 10 list – and it was flippin’ hard, because so much great stuff had come out. It’s looking like 2012’s top 10 list will be hard as well, but not for the same reason – I’m worried that I won’t be able to find 10 things to list! 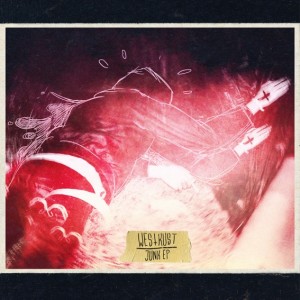 OK, it is very easy for me to summarize what I’ve found I like in music – beautiful melodies spot welded onto tons of guitar distortion & feedback. (I have a slightly expanded summary, but I’ll save it for a diff review.) (…and I don’t make excuses, I just accept it.) And, see, Westkust has what I need IN SPADES. Sonically, we’re relatively in the neighborhood of early Slumberland, I’m thinking Black Tambourine, some Scar-era Lush, maybe a bit of just-pre-Creation MBV (paint a rainbow)… They’re from Sweden, singer sounds like Claudine, the drums motor on with plenty machine gun fills, and there is just an isolation chamber wash of wonderful, jangly, f’ed beautiful guitar.

This is special and awesome.

Here is their video for Alan Life: